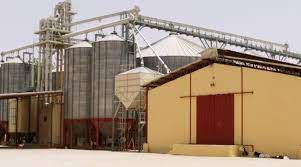 Minister of Agriculture and Rural Development, Mohammad Abubakar, says the Federal Government will earn N18 billion from the concessions of its 19 silos to the private sector.

Abubakar said the government concession the silos to enable farmers to have access to storage facilities.

He announced the government plan at the opening of the second West and Central African Postharvest Congress and Exhibition on Tuesday in Abuja.

The exhibition was organised by the Centre for Food Technology and Research, Benue State University.

The minister was represented by Haruna Suleman, Director of Food and Strategic Reserve in the ministry.

He said the government has leased 6,250 metric tonnes of storage facilities to the private sector to enhance food security.

According to him, the federal government came up with the initiative to provide an enabling environment for private individuals to contribute to agriculture and food security.

“These centres are to allow farmers to semi-process their produce, thus reducing post-harvest losses and enhance value-addition,” he said.

According to the minister, post-harvest losse is a major challenge for farmer due to a lack of storage facilities.

“The federal government initiate the silos concession to address these problems.

“We have been able to establish grain aggregation centres that will clean, dry and bag products.

“This lease agreement of silos to the private sector will attract N18 billion to the government coffers,” he added.

“We are trying to collectively show solidarity and act towards enhansing indigenous food production.

“We are happy that even the federal government has taken steps to provide silos across the country to enhance the capacity of local farmers,” Iorapuu said.

He urged the government to support researches on tackling post-harvest challenges and enhance farmers welfare.

Iorapuu said the conference would also build the capacity of farmers on value-addition.

He assured the  University would continue to champion issues that would promote indigenous food production.

Dr Barnabas Ikyo, Director of the Centre, spoke on theme of the conference, “Upscaling and Promotion of African Indigenous Foods”.

There is a need for Nigeria and other African countries to focus attention on indigenous food in order to enhance local production and reduce importation of food.

“If we refocus our attention on indigenous foods, we will have the market for them and empower the farmers economically.

“We will also be able to reduce the export-import deficit,” Ikyo said.